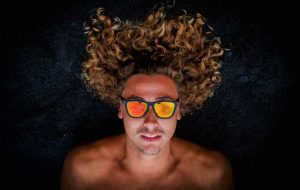 If somebody told you that Connor Trimble was from a small, Catholic college prep school in humble Toledo, Ohio, you may be caught off guard at first; if you frequent any of the Oahu beaches or enjoy surf photography, you’re bound to have witnessed him playing around in the questionable surf or seen some of his perfectly timed shots. He is an artist – but not the type you may picture traditionally, sitting behind an easel with a paintbrush in hand – rather you will find Connor using his diverse athletic background to reach difficult locations to capture the right moment with his camera. His various styles have allowed him to gain experience in different fields and audiences, often causing him to have to tackle multiple projects at once. This may be an action video for an athletic team, or a couple’s romantic sunset shot. However, Connor’s surf and landscape photography across Hawai’i and parts of the mainland have drawn eyes to his colourful work.
“Art is driving everything in my life,” he explained, “I believe living in a grey and sad place like Ohio during the winter, I had to find inspiration in a lot of different places, so I’m constantly thinking of different approaches to things on how to make it more aesthetically pleasing.”
Looking at Connor’s work, it isn’t hard to understand where his inspiration is coming from. His love for bright colours and aspects unique to the shooting location could only come from a travelled mind. “Make something extraordinary out of the ordinary,’ and the ordinary varies per person, someone living in Nova Scotia thinks a four-foot wave, palm trees and some sand is amazing – while Zak Noyle sees this everyday – so his ordinary is a fifteen-foot glassy pipeline.” With this in mind, Connor is able to capture in his frame what sets each place or moment apart.
Photography is not the only medium that he uses. As mentioned before, Connor uses his athletic ability and his artistic eye to create engaging videos of athletics, events and promotions. Growing up, he focused entirely on sports – going on to receive honours and recruitment of varying levels in lacrosse, water-polo and swimming. So, where did the turn for the creative come from? “At graduation from high school I was awarded the 4-year excellence in art award,” he explained, “I was shocked that I received an award for art and not athletics considering my accolades, and this was reinforcement to me that there is so much more to life than sports.”
We asked Connor to describe his favourite piece which was taken last year at Rockpiles, located close to Pipeline and Backdoor. “My friend asked me to take a photo of her and I said no because I wanted to shoot the sunset and right then Koa (Koa Smith – sponsored by Hurley) takes off and throws this fat air and it lines up perfectly!” This is what sets Connor Trimble apart, his artistic eye doesn’t shut once he is off a project – carrying his phone, and his GoPro everywhere he goes. Connor actually attributes some of his initial success to his GoPro, explaining that his first experimental videos that he created with it, allowed him to make connections and influence others in a way that opened his eyes to the possibilities and affect he could have on others with his work. “My goal has been to work for a major company to spread awareness of how crucial the oceans are to earth and influence others to get in, not be afraid of it, and to enjoy it for all it has to offer.” This shot in particular was a hit, being featured by popular surf channels Surfline, Surfline Local Pro and Stab Magazine.
When it comes to collaborations, Connor is already busy lining up some big projects, but has a dream team in mind, “probably Devin Supertramp, because he changed how YouTube was used by content creators – and maybe even Jay Alvarez – I bet he’s got a real unique outlook on life and traveling.” Besides that, he went on to list a few other photographers he’d like to work with like Clark Little, Brent Bielman and our very own Zak Noyle. To tie everything together, we wanted to know what Connor wants us to think or feel when approaching his artwork – “I want them to feel stoked! I want them to be like ‘Wow that is amazing, I want to go out there and live my life and see that with my own eyes!” I don’t know about you guys, but that’s the inspiration we feel when we see his work! To see more of Connor’s multimedia projects, check out his Facebook and Instagram listed below.
We love finding and recognizing artists like Connor that also care about protecting the environment. At Black Sand Publishing we also represent Heather Brown, and Zak Noyle who both rely heavily for inspiration on our natural surroundings – each finding their own way in their programs to donate or promote a green cause. Zak Noyle’s photography will be exhibited at the Greenroom Gallery’s Grand Opening at the International Marketplace in Waikiki held on October 27th. There will be music, finger foods and light refreshments as well as an awesome opportunity for a meet and greet with Zak! We are really looking forward to this event, and hope to see our fellow art-enthusiasts there! 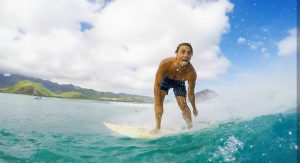 Connor doing what he loves – surfing! 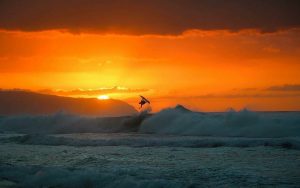 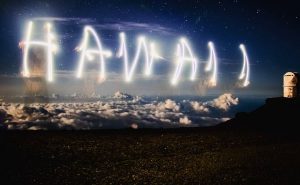