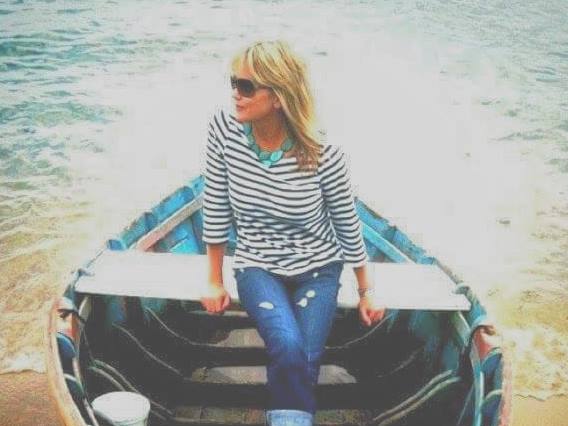 “The Queen of Collage” is what they call her, the La Jolla grown artist Susan Wickstrand, who has been filling up our newsfeeds with her interesting and elaborate pieces. Instead of using digital tools such as photoshop or those easily recognizable filters, Susan doesn’t make it easy on herself by cutting, gluing and sewing her pieces together by hand. The result – the beautiful abstract pieces inspired by her love for nature, travel and family.
If you aren’t spending too much time scrolling social media, you could have also come across her artwork on popular and award winning television shows like “Modern Family” and “Parenthood” or on stylish apparel brands like Rip Curl.
The appeal of Susan’s work is easy to see, from her bright colors, to her mixed media, attracting all sorts of tastes. We encourage you to go check out her work! One of the galleries – Greenroom Gallery – where Susan’s work is be shown will be having a grand opening on October 27th, from 6pm to 9pm, at their new location at the International Marketplace in Waikiki. One of our own represented artists, world-renowned photographer Zak Noyle will be holding an exhibit for the show, followed by a meet and greet.
We hope to see you there! 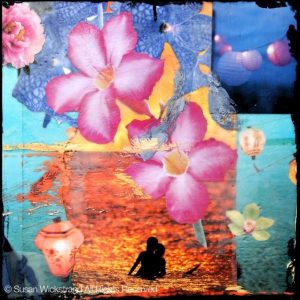 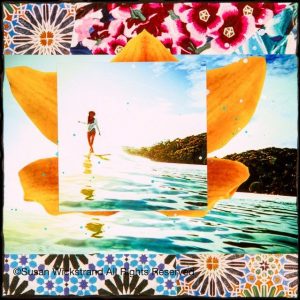 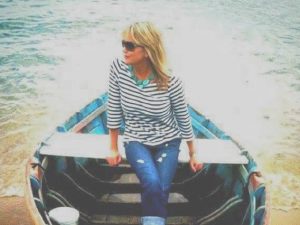 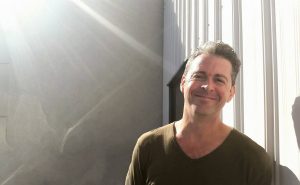 “It is the Alpha and Omega.” This is what Bruce Krakauer, our account manager here at BSP had to say when we asked him what art meant for him, “It is the nexus that ties together all disciplines, academia and soul.” Bruce is a go-to man, sitting at the front of our offices working away at his desk on anything from sales processing to maintenance. One would never know of the amazing artwork he has made by his quiet and humble demeanor. This piece, “Ji Ri Mu Ge” was done with acrylic on wood in a “painstaking process – without the pain”. Ji Ri Mu Ge – meaning unity, oneness, no separation – ties to the ideas that Bruce had while creating this detailed piece which was completed in 1993. “Imagine the fabric of everything being pulled apart, pushed forward to backward, constructing and deconstructing at the same time.” Deep stuff!

Bruce grew up in Des Moines, moving away to graduate with his Bachelor’s in Fine Arts from the University of Tennessee. After this, he spent 12 years in the sunshine state in San Francisco, and then finally found his place here in Hawai’i. We asked Bruce what inspired him the most and his answer was simple – Nature. Looking at the history of where he has lived, you can see how their environments would influence his artistic styles. In regards to collaborating with other artists, he has his top choices lined up, those including Jim Ellis, Clay Grahm and Ariel Electron, who are all members of the Art Mafia.

Besides being an account manager, and a talented artist, he enjoys yard sculpting and using his favorite media – mashed potatoes. (We hope you’ve seen Close Encounters)

“When the going gets weird, the weird turn pro!” Raul Duke 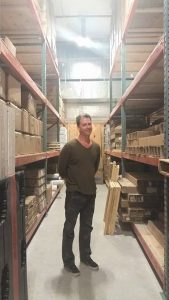 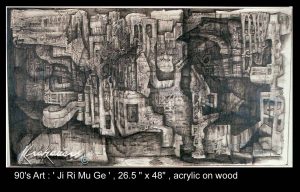 “It is the Alpha and Omega…” 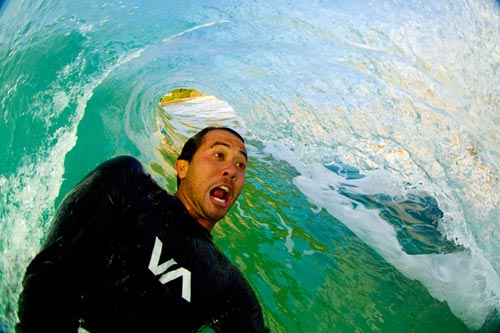 What is an Artist Proof and how is it different than an regular print?  The answer lies in the canvas!  Traditional fine art reproductions are generated from high resolution scans from the artists original artwork, and are then printed with archival ink onto canvas.  These prints are signed and numbered for distribution. This process is considered giclee print making, and provides better color accuracy than any other means of reproduction on canvas.

In the classic sense, artist proofs were “working proofs” which would be excluded in the limited edition releases because of slight discrepancies that occurred in the print making process.  With new technology advancements in print making, these discrepancies have been eliminated, but the demand for more exclusive A/P prints was born.

In the age of modern art, these artist proofs now refer to an exclusive run of giclee’s that are identical to the limited edition prints but whose artwork is accented by the artists themselves.   All artist proof canvases bear the A/P designation and are hand numbered & signed by the artist.  These prints are highly sought after and highly collectible because of their limited edition size.  Some artists’ A/P programs  include hand highlighting the canvas to add texture to a normally “flat” print on canvas; and may also include a certificate of authenticity, hand pulled and signed by the artist themselves (as pictured below). So would you rather have a Giclee or Artist Proof?  You decide! 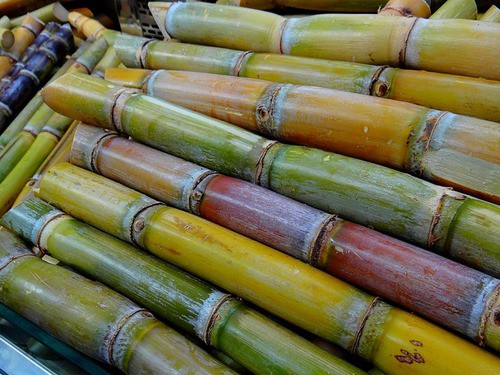 At Black Sand Publishing we pride ourselves on offering high quality products for all of our artists. A lot of research has gone into choosing best paper for a long lasting, bright, and resilient paper print.  One of our artists, Heather Brown has chosen to produce all of her matted prints using sugarcane paper, and we couldn’t be happier!

Sugarcane paper is regarded as the ultimate bio-sustainable solution because the fibers that are used to make the paper would have traditionally been burned, creating greenhouse emissions; left in landfills or otherwise wastefully disposed of.  Choosing to use sugarcane paper means standing up against deforestation and supports a sustainable future.